I made fewer visits to the theatre in 2015 than in recent years but the productions I saw were  generally of a very high standard.

During a week's visit to London in February I saw six shows, the most enjoyable of which was Sunny Afternoon - the Kinks musical. We sat at a table at the foot of the stage with  a free bottle of wine thrown in! Beautiful was  also excellent  - Katie Brayben's performance as Carole King was amazing.  Made in Dagenham didn't live up to my expectations and I wasn't surprised when it closed not long after. At the Landor I  thoroughly enjoyed She Loves Me which I hadn't seen since the original London production in 1964.

In the summer I fulfilled a long  held ambition to spend a week in Pitcochry for the Theatre Festival. It is a wonderful theatre in an idylic setting and to see the same highly talented actors perform in six very different shows was a delight. The highlight was A Little Night Music in which  some of the company played instruments and also sang - sometimes at the same time.

My favourite performance was Michael Ball's portrayal of Mack Sennett in Mack & Mabel at Manchester Opera House. In 1985  I saw him there in his first  principal role  in  The Pirates of Penzance  and knew then he was destined for stardom.

I have again enjoyed going to  live relays at the cinema and was particularly impressed by Man and Superman from the National Theatre.

I visited two theatres for the first time: Pitlochry Festival Theatre and Leys Great Hall in Cambridge (where my granddaughter, Sissy, brought the house down with her rendition of Bang Bang). Also, it was my first visit to the Noel Coward and the Harold Pinter theatres since their names changed from Albery and Comedy.

I only had one visit to London this year and that was to see my granddaughter, Sissy, in a National Youth Music Theatre  production of a new musical  entitled Battle of   Boat - very well produced and acted by the young cast.

A highlight for me was going over to Scarborough in the summer to see a brilliant production of   The World Goes Round  which I last saw about 20 years ago.

For the second successive year I went to Pitlochry for a week and saw seven shows at the Festival Theatre. The Ayckbourn trilogy was very well done, especially Game Plan. Carousel was very innovative and superbly performed.The weakest was Thark    which  has not stood the test of time  .

My favourite performances of the year were by  Michael Xavier and Gina Beck in Showboat at Sheffield Crucible. The show has some great numbers and the staging on the thrust stage worked very well.

Five  productions seen at Manchester's  Royal Exchange were a bit of a mixed bunch, the best of which was Into the Woods and the weirdest (in a nice way), All I  Want is One Night. Sweet Charity got rave reviews but not from me!

Also varied were the live relays at the cinema. From NTLive, No Man's Land was terrific but As You Like It was a weak production.

On the amateur front, Blackburn Drama Club's The Graduate was a wonderful production with an outstanding cast. Sister Act was the musical choice of another local society and although it was well performed I was not impressed with the show itself.

I loved An Audience with Lesley Garrett, not least because we went to the same school and I was able to talk to her about it.

Two small scale touring productions put on very entertaining evenings here in Blackburn. They were Broadway and Beyond and The Simon and Garfunkel Story.

It is many years since I last went to a circus but  I took my granddaughter, Dixie, to Blackpool Tower Circus in the summer and thoroughly enjoyed some thrilling acts.

Another year with no visit to the West End meant that the live relays at  Vue were  very welcome. Follies was a tremendous production from NTL in every respect except lighting - perhaps it didn't show up to best effect in the cinema. In Hedda Gabler, Ruth Wilson's acting was  superb but  the production was bizarre.

From the ROH La Boheme was very enjoyable but The Nutcracker had barely changed since I saw it at Covent Garden nearly 20 years ago. It really is time for a new production.

My favourite performance this year was in an amateur production of Goodnight Mr Tom by Southwick Players - Harry Atkinson as Mr Tom  was perfect. In fact the whole production - which had my granddaughter, Dixie, in it - was excellent (not that I'm biased  or anything!). My granddaughter, Sissy, was in the premier production of A Teenage Opera  by the Youth Music Theatre UK. Sadly some great talent was wasted on a musical that was below par in every respect.

We had a wonderful time on our annual visit to Pitlochry seeing 5 plays and a musical   in the week.   Outstanding were Mary Rose and The Ruling Class.

A promenade performance  in the derelict Blackburn Exchange of Finding Mr Hart was an unexpected delight. It told the story of  the local collector and benefactor, Edward Hart.

Teechers is the third Godber play I have seen and it will be the last. I just don't find them funny.

The best show of the year was Guys and Dolls at Manchester - it was inspirational to set it in Harlem. Ray Fearon, with a great performance as Nathan Detroit , led a very well cast show. 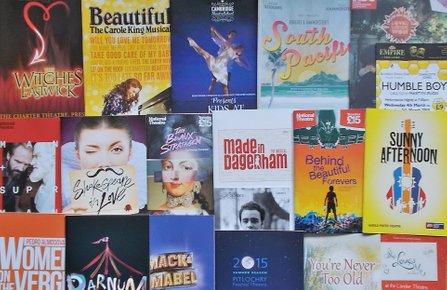 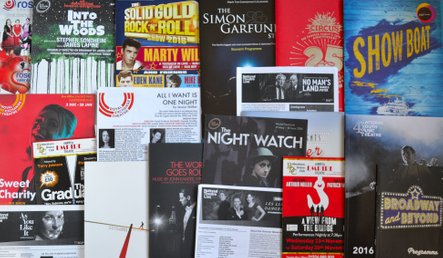 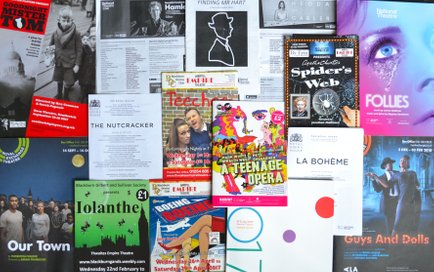