For obvious reasons, 2020 will be the year in which I saw fewer shows than in any of the last 60 years - just two, and two concerts. Having gone down to London on 16th March especially to see City of Angels, we arrived at the Garrick to be told that the decision to close the theatre had been made half an hour earlier! Another 9 shows we had already booked for later in the year were, of course, cancelled.

I found Wuthering Heights, at  Manchester's Royal Exchange, rather odd, especially the way Heathcliffe was played. Nevertheless it was a gripping production. Street Scene, by Opera North at The Lowry was very well done. My only gripe was the setting - in the apartment block, not in the street. The street set at Hull Truck when I saw it in 2011 was much more effective.

Both concerts were by the BBC Philharmonic Orchestra at the Media Studios in Salford. The 90+ piece orchestra is as amazing to watch as it is to listen to! 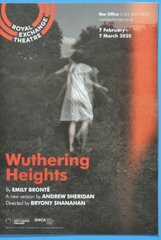 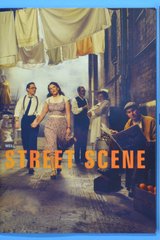 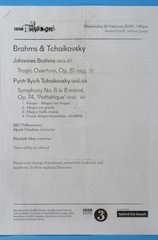 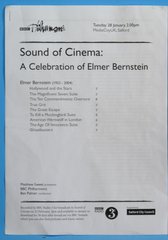